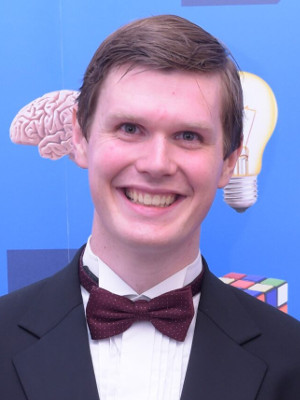 Dr David Harris-Birtill is a Lecturer in the School of Computer Science at the University of St Andrews. David's research interests include remote sensing, image and signal processing and machine learning for patient benefit. David also is Founder and Director of Beyond Medics Limited, a spin-out company from the University established to create medical imaging and sensing technology for patient benefit. David and Beyond Medics the won the Converge Challenge KickStart Award in 2016. Previously in St Andrews, David was Principal Investigator on a project funded by the Digital Health and Care Institute (DHI), where, together with his Research Assistant, David Morrison, he created an automated remote pulse oximeter to measure people's vital signs from a distance using camera-based technology. David was a Principal Investigator on an EPSRC IAA funded project to perform medical image segmentation using deep learning to automatically detect cancer.

Previously David worked on the Palimpsest project, analysing and visualising high-volume literary data to explore the geographical nature of literature. He also led the SICSA knowledge exchange theme, Medical Imaging and Sensing in Computing, having been awarded full funding by SICSA for a series of exciting events to foster greater creativity and collaboration between industry and academia in this dynamic field. He is a lecturer on several undergraduate and postgraduate modules, including running and lecturing on CS5002: Programming Principles and Practice, and lecturing on Medical Imaging as part of CS1005: Computer Science in Everyday Life. Previously he led and lectured the module CS5043: Research Methods for User Experience, and he also lectures on Human Computer Interaction modules when required. He also currently supervises Senior Honours, Masters and PhD research projects. David studied for his Physics Masters at Warwick University, before completing his PhD in Physics at the Institute of Cancer Research in London. He then became a Post-Doctoral Researcher in Imperial College London, working for the department of Surgery and Cancer in the Hamlyn Centre for Medical Robotics. Throughout his career David has used his programming skills to create high-impact image and data analysis programs to help researchers across the globe, enabling clinicians, chemists, biologists and physicists to complete their research much faster using fully-optimised and automated or semi-automated programs. He also has a great deal of experimental experience creating and optimising medical imaging systems, microscopy systems, using lasers for therapy and imaging, and chemical analysis of gold nano-particles.

David’s work has been published in journals including Astronomy and Astrophysics and the Journal of Biomedical Optics, and has presented his research across the globe at conferences including San Francisco (SPIE Photonics WEST), Hong Kong (Acoustics 2012), Bangalore India (THIT 2015), and an invited workshop in Atlanta (CTS 2015). He has created open source image analysis programs which have been downloaded by over 100 researchers all over the globe, and has run a course on “Introduction to Matlab for busy researchers and clinicians”.